The B-36 Peacemaker "City of Fort Worth" at GSW Airport

For several years, the last plane in the Convair B-36 Peacemaker series, a retired B-36J with serial number 52-2827, and inscribed as the "City of Fort Worth", was on static display at the Greater Southwest International Airport (GSW).

After GSW closed, the B-36 was moved, and significant efforts were made over the years by local groups to restore the plane and keep it in Fort Worth.

Transfer of the B-36 from Fort Worth to Tucson

In 2006, the U.S. Air Force transferred the airplane to the Pima Air and Space Museum, adjacent to Davis-Monthan Air Force Base in Tucson, Arizona.

It was placed on display in October, 2009, and is only one of four surviving B-36 Peacemakers.

The B-36 survivors are listed below ... click the links for additional information and photographs of the airplane at each facility.

B-36J "City of Fort Worth" reassembly in progress in Tucson, Arizona 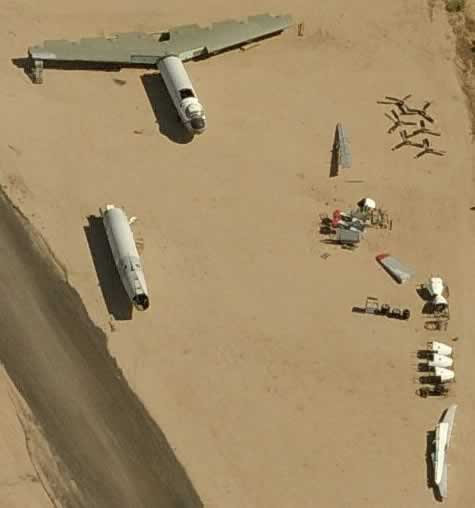 For more information, we recommend a visit to the Website of the Pima Air and Space Museum