The B-1 is a highly versatile, multi-mission weapon system of the United States Air Force. Carrying the largest payload of both guided and unguided weapons in the Air Force inventory, the B-1 is the backbone of America's long-range bomber force. The bomber is commonly called the "Bone" (originally from "B-One").

The B-1A was initially developed in the 1970s as a replacement for the B-52 Stratofortress, and built by Rockwell International (now Boeing).

Four prototypes of this long-range, high speed (Mach 2.2) strategic bomber were developed and tested in the mid-1970s, but the program was canceled in 1977 before going into production. Flight testing continued through 1981.

The B-1B is an improved variant initiated by the Reagan administration in 1981. The first production B-1 flew in October 1984, and the first B-1B was delivered to Dyess Air Force Base, Texas, in June 1985. Initial operational capability was achieved on October 1, 1986.

A total of 100 B-1B aircraft were built, and the final B-1B was delivered by Rockwell to the Air Force on May 2, 1988. The aircraft today are based at Ellsworth AFB in South Dakota and Dyess AFB in Texas.

The active Air Force inventory today is about 65 B-1B aircraft.

General Characteristics of the B-1B Lancer

B-1 Aircraft Survivors on Display

The 9 surviving B-1 bombers that are on display around the U.S. include those listed below. Photographs of several of the B-1B survivors are included on this page.

B-1B Photos from the Tinker Air Force Base Air Park

B-1A Photograph from the Strategic Air Command and Space Museum 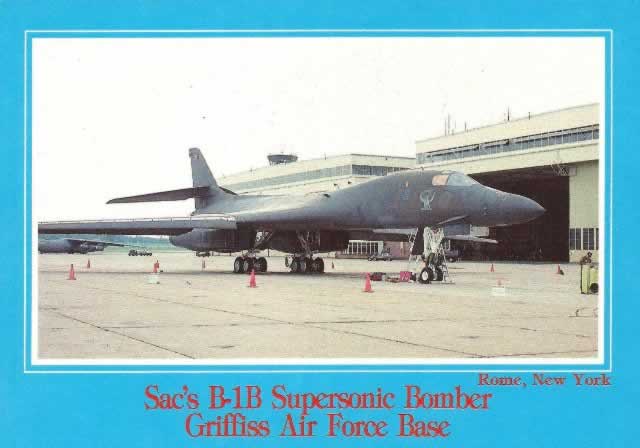